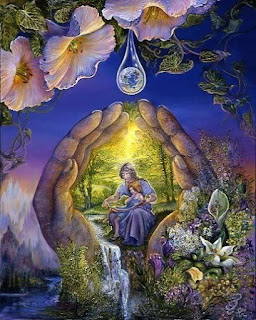 I was recently in Estonia and treated by my friend to a full sauna treatment in her own home.  As we went through the pre cleaning, scrubbing and washing rituals, I was reminded of similar experiences I have had in Turkish baths, Moroccan hamams and Balinese well being centres. When my friend mentioned that it was a cheap way of cleansing because she used natural, inexpensive products like salt and honey and that she had no need to use expensive skin lotions or hair products, a light bulb went on.  Of course, the western world is not going to adopt these more traditional, natural methods because there is no money to make in it.
The experience of being in these totally wet rooms where water is liberally splashed around and bodies are scrubbed and cleansed with real intention and nudity is natural, is so liberating.  My experience has always been in bathrooms where the wet area is limited to the bath or shower and I am fearful to get the others areas wet.
As she explained the theory behind the rituals, I realised that previously I had always treated these types of experiences as a one off event as part of my travelling adventures and an aberration to my normal bathing/cleansing habits.  I had never considered that I should actually change my western, commercial and inhibited ways to these more liberated and natural methods of cleansing and purifying.  My conditioning led me to believe that bathing for short periods every day, alone, with no rituals and using expensive products was the only way possible for me.
I grew up in a transplanted European culture that had no connection to the land it had taken over and instead of embracing the indigenous peoples and acquiring local knowledge of how to live off this new land, they hunted and persecuted them almost out of existence.
This led me to consider the current global birth crisis and I realised that it was the same conundrum.  Women who have been brought up listening to stories about technological, hospital births and have been born that way themselves, are going to dismiss an unassisted, natural homebirth as an aberration.  They are not going to consider that it is a safe and valid choice.  They are not going to be able to bypass their conditioning to believe that they could actually do this too!
The “system” doesn’t want women to adopt a low tech, natural, homebirth because then they would not make any money, birth is big business!  The “system” has to feed itself and its beliefs to keep everyone contributing to its money making machine!  The “system” keeps us fearful and disempowered so that we need it!
I believe that when a woman goes within, she discovers that all she needs resides inside her, her body is perfectly created to give birth without drugs, hospitals, doctors or medical procedures.  She can create whatever she desires when she opens to love rather than contracts in fear.  Love opens psychically and physically, allowing the baby safe and gentle passage into this world!
What do you believe?
Posted by Lynne Thorsen- Inner Sense News at 02:01